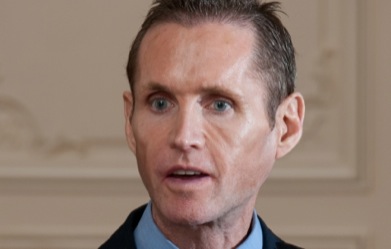 Stephen Kennedy Smith received his MA from Harvard University, his J.D. from Columbia University, and his MA Ed from Harvard University School of Education. He served as Deputy campaign manager for Senator Edward Kennedy during his Presidential and Senatorial campaigns. For the past twenty years Mr. Smith has been involved in the Kennedy family financial investment and real estate development business. Aside from his business activities, Mr. Smith also served on the staff of the Senate Judiciary and Foreign Relations Committees. After leaving the Senate, Mr. Smith taught in the program on negotiation at Harvard University Law School. During that time, he also served as a consultant at Conflict Management Group and worked in the Irish peace process and with the organization of African Unity, the World Bank, the IDB and other clients. Mr. Smith is a partner of Kennedy Smith Sammaweera, a real estate investment and development company specializing in smart growth and sustainable development. He is also a partner at Emlink – a renewable energy development company and is US CEO of Valcent technology. Mr. Smith has received the Danforth award for excellence in teaching three times from Harvard University and is also the winner of the Lyndehurst Foundation prize for social and artistic achievement. He has delivered keynote presentations at the annual conferences of the Family Firm Institute and the Family Office Exchange – the two major family business organizations. Mr. Smith continues to serve on the Kennedy family financial advisory board. He has also served on the board of the John F Kennedy Library, the Robert F Kennedy Memorial, and the Congress on New urbanism and the Northeastern University school of Public Policy.