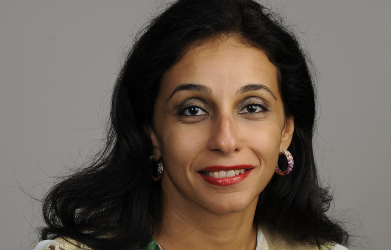 Samar Maziad is a Vice President and Senior Analyst at Moody’s Sovereign Risk Group in New York. She is the lead credit analyst for a portfolio of Latin American sovereigns. Prior to joining Moody’s, Ms. Maziad was a Senior Economist at the International Monetary Fund, where she covered a wide range of macroeconomic and financial stability issues in emerging markets.

Ms. Maziad has extensive expertise in macroeconomic and capital market analysis across different regions, including Asia, Latin America and the Middle East. She has published on various topics, such as sovereign debt restructuring, emerging market currencies, and Sukuk markets.

Ms. Maziad holds a Ph.D. in Economics from the University of St. Andrews in the UK. She is a native of Egypt and fluent in Arabic, English, French, and Spanish.