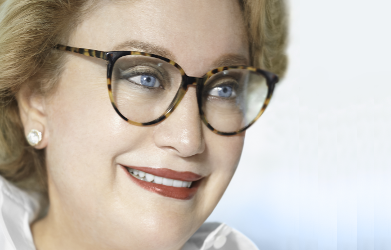 Hilda Ochoa-Brillembourg is Founder and Chairman of Strategic Investment Group. She served as President and CEO of Strategic from 1987 until August 2014. Strategic received the 2011 and 2012 aiCIO Industry Innovation Award for Investment Outsourcing. A Fulbright Fellow and Fulbright Lifetime Achievement Awardee, she completed doctoral studies (except dissertation) in Business Administration in Finance at Harvard Business School. She received a Master of Public Administration from Kennedy School of Government at Harvard and Bachelor of Science in Economics, Universidad Andres Bello, Caracas.

Hilda serves on the board of directors of McGraw Hill Financial Inc., and Cementos Pacasmayo, S.A.A.

Hilda is a member of the Dean’s Executive Committee at Harvard Kennedy School, a lifetime member of the Council on Foreign Relations, and a Trustee of the Committee for Economic Development. She is founding Chairman of the Youth Orchestra of the Americas and a member of the Board of Overseers and Investment Committee at New England Conservatory. She serves on the board of the Atlantic Council and St. Alban’s School of Public Service.

She is a former director of the Harvard Management Company, General Mills Inc., Vassar College, Fulbright Association, the Washington National Opera and the National Symphony Orchestra, and a former vice chairman of the Group of Fifty (G-50), a group of leading Latin American CEOs, sponsored by the Carnegie Endowment for International Peace, and member the World Economic Forum.

Hilda has published articles in the Financial Analyst Journal, Pensions & Investments, The Atlantic and International Economy. She has been featured in Pensions & Investments, Efecto Naím, Fox News Latino, Fortune, Bloomberg Latin America, Investment News and the AIMR Exchange, as well as Smart Money, Money magazine, Hispanic Business magazine, and PODER magazine, where she was described as one of the “50 most successful women in the US.”