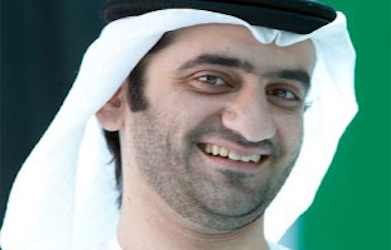 Dubai South is the emirate’s flagship urban project. It is a progressive development which fundamentally changes the entire idea of how a community is built and what it stands for; where business will thrive as we create over half a million new jobs; where people will prosper as we create an environment filled with green space, schools, shopping and entertainment.

Mr. Al Ansari manages the Dubai South development project surrounding the new Al Maktoum International Airport, which will be the world’s largest airport hosting 220 million passengers. The project includes nine commercial and residential districts- one of which will be the location of Dubai Expo2020 bringing over 40 million visitors to the city of Dubai. The Government of Dubai is investing $70 billion in the project which is projected project will sustain a population of one million and generate 500,000 jobs. Additionally, over 35% of Dubai’s GDP is expected to be generated within Dubai South by 2028.