ABANA in the Boardroom with Frederick Haddad 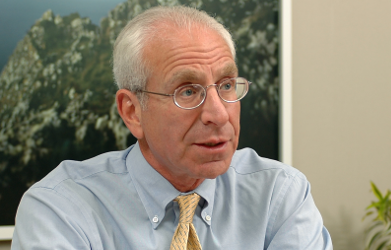 Prior to joining GoldenTree, he was a Managing Director at the Royal Bank of Canada from 1997 to 1999, where he established and managed Royal Bank’s US leveraged finance business. From 1990 to 1997, Mr. Haddad was a Senior Vice President with Credit Lyonnais, USA, where he managed the Leveraged Finance, Loan Trading, Loan Syndication, and Asset Recovery groups. He was responsible for broadly diversified, sub-investment grade loan portfolios of up to $2 billion, as well as numerous private equity investments.

In 1982 he established the New York Branch of Arab Bank Limited and was its Deputy General Manager until 1985. Mr. Haddad began his banking career in 1974 with the Irving Trust Company (which merged with the Bank of New York in 1989). At Irving Trust, he was involved in international banking in the Middle East and US corporate banking and founded Irving’s Corporate Finance Department, which he ran until 1990. He is a Director of BAWAG Bank PSK in Austria.

Mr. Haddad received an AB degree in Economics and English from Lafayette College and an MBA degree from the University of Michigan’s Graduate School of Business.

*Our monthly ABANA in the Boardroom events for young professionals are popular but restricted to only a few members each month. To be sure we have consistent attendance for these programs, we we have a new no-show policy to be aware of. Registrants must have a payment method on file with ABANA in order to RSVP and will be charged a $15 no-show fee for any cancellations less than 24 hours in advance.