ABANA in the Boardroom with Amin Khalaf 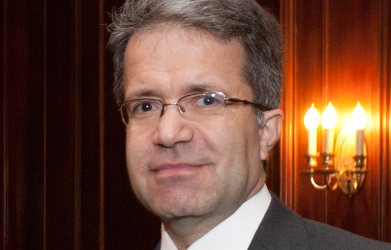 Amin Khalaf is a Partner in Ernst & Young LLP’s National Tax Department where his primary areas of focus are economics and financial modeling. He has been involved in the economic analyses and planning of several transactions including domestic and cross-border partnerships and mergers and acquisitions. Amin’s knowledge of finance and capital markets allows him to work closely with investment banks, credit rating agencies and borrowers to analyze the terms of a large number of related party and third party debt issuances across a variety of industries. He also focuses on the pricing and structuring of plain vanilla and exotic equity and fixed income derivatives instruments. Amin works closely with clients and their financial advisors on infrastructure projects for various asset classes (toll roads, bridges, ports, power plants) where he leads tax model review efforts as part of the bidding process as well as issues that arise post-bid.