President and Chief Executive Officer of Harvard Management Company Mohamed A. El-Erian received the Arab Bankers Association of North America (ABANA) 2006 Achievement Award. The prestigious ABANA Achievement Award was presented to El-Erian during a ceremony attended by more than 300 international dignitaries and business leaders at the New York Palace in New York City.

El-Erian was introduced to the guests by Tarek Abdel-Meguid, a founding partner of Perella Weinberg Partners, who described the recipient as “a Renaissance man.” “Those who worked with you repeatedly described your incredible depth of knowledge and experience across a whole number of fields – whether you were discussing the technical aspects of high level economics or the latest controversy brewing inside the Washington beltway,” said Abdel-Meguid. “From money management to complex investment banking deals, there are few things that you have touched that are not blessed by your involvement.”

In his acceptance speech, El-Erian paid tribute to the support he received over the years from his family, teachers, and colleagues. In one story, he recounted his father’s emphasis on inquiry. “When my father was an Egyptian diplomat posted to France in the early 1970s, he insisted that we be exposed every day to a range of national and international newspapers that spanned the entire political spectrum. When I asked him why we needed such a proliferation of papers, his answer was a simple one: It is a constant reminder that there are many ways to think about the same issue; and no one should assume that they always have the right approach.”

This philosophy was reinforced when El-Erian attended Cambridge University, where the program exposed students to four different schools of economic thought: neo-classical, Keynesian, neo-Ricardian, and Marxist. Rather than create confusion, the program introduced students to “a basic reality of life: No single academic approach necessarily has a monopoly over the truth. Indeed, the robustness of any individual idea is best established when tested against different approaches to the discipline.”

This approach has served El-Erian throughout his professional life. As President and CEO of the Harvard Management Company, the wholly-owned subsidiary of Harvard University, Dr. El-Erian is responsible for the management of the University’s endowment and related accounts. He is also a member of the faculty of the Harvard Business School and Deputy Treasurer of the University. Before joining Harvard, El-Erian was a Managing Director and a senior member of Pacific Investment Management Company. 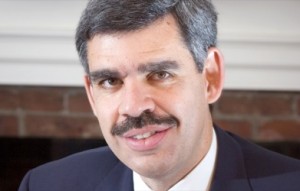 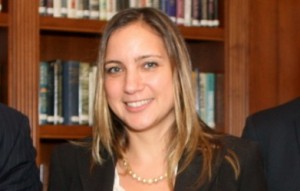 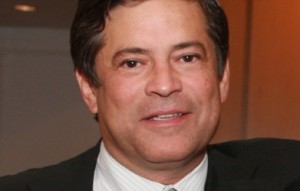