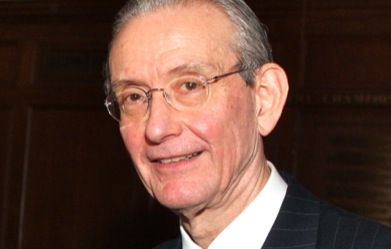 Mr. Rhodes is the Senior International Officer for Citi.  He has specific responsibilities for client relationships worldwide, as well as for relationships with governments and other official institutions.  He is a member of Citi's Operating and Management Committees.

Mr. Rhodes gained a reputation for international financial diplomacy in the 1980s because of his leadership in helping to manage the external-debt crisis that involved developing nations and their creditors worldwide.  During that period and in the 1990s, he headed the advisory committees of international banks that negotiated debt-restructuring agreements for Argentina, Brazil, Jamaica, Mexico, Peru, and Uruguay.  In 1998, when the Republic of Korea experienced liquidity problems, he chaired the international bank group that negotiated the extension of short-term debt of the Korean banking system.  In early 1999, at the request of the government of Brazil, he acted as worldwide coordinator to help implement the maintenance of trade and interbank lines by foreign commercial banks to Brazil.

He has received decorations and honors from various governments and institutions, including an Honorary Doctorate in Humane Letters from his alma mater Brown University, Chevalier and Officer of France's Legion of Honor, decorations from Korea, Brazil, Mexico, Argentina, Venezuela, Colombia and Jamaica, and multiple awards from not-for-profit organizations in recognition of his contributions to international banking and finance.

Mr. Rhodes joined Citibank in 1957 after graduating from Brown University.