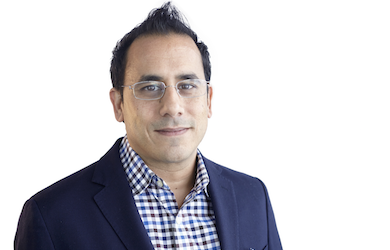 Sharif El-Badawi currently serves as Partner at 500 Startups, the most active venture capital firm in the world. In his role, he manages 500 Startups' MENA fund, focusing on seed stage investments in the Middle East and North Africa. In addition, Sharif is the Chairman of the Board and Head Mentor at TechWadi, where he leads the TW100 mentors and helps bridge MENA startups with Silicon Valley and serves on several advisory boards for startups in the MENA region and Silicon Valley.

Previously, Sharif was the Partner Lead to VCs and Startups at Google where he worked with top tier VCs and their most promising startups on strategies that bring all of Google to their businesses. Joining from AdMob almost 7 prior, he led performance advertising strategy for Google's largest customers in North America covering Mobile, Search and Display ads. Before AdMob, Sharif was a technologist and serial entrepreneur having founded or co-founded several companies in the Consumer Internet and B2B space over twelve years. Sharif earned his MBA from UC Irvine Merage School of Business and his BS in Neuroscience from UCLA. He lives in the San Francisco Bay Area with his wife and three children.