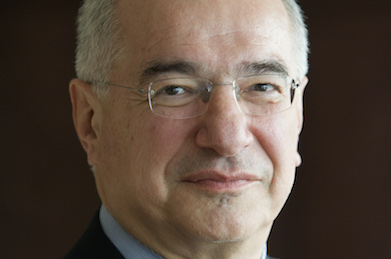 Samer Khanachet is Group Chief Operating Officer of Kuwait Projects Co. (Holding) since 2008, Chair of Takaud Savings & Pensions B.S.C. (Closed), and a director of Burgan Bank, United Gulf Bank and United Real Estate Co. For the previous 17 years, he was President of United Gulf Management, KIPCO's U.S. subsidiary, where he oversaw over a half billion dollars in U.S. real estate and private equity investments. Previously, he worked in Kuwait and the U.K., focusing on investments between Kuwait and the West. He was raised in Europe, the U.S. and the Middle East.

He holds two BSc degrees in Chemical Engineering and Management Science from MIT and an MBA from the Harvard Business School. His two areas of personal interest are education and the Middle East.

Samer's current positions include Trustee of the American University of Kuwait; Member of the Corporation Development Committee and of the Educational Council of MIT and Member of the President's Council of the Forsyth Institute.

Formerly, he was Chair of the Arab Bankers Association of North America (ABANA), Trustee of Buckingham, Browne & Nichols, a Cambridge, MA, private school, Trustee of the Forsyth Institute/ Vice Chair Forsyth Health Foundation, Member of the Advisory Board of the Center for Middle Eastern Studies at Harvard, Member of the Middle East Institute advisory board and Board member of the American-Arab Anti­Discrimination Committee.