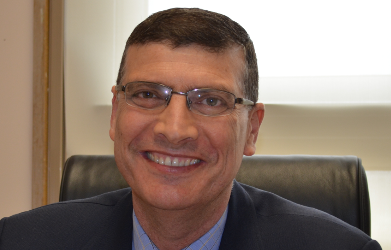 Said Ladki is the interim Dean of the Adnan Kassar School of Business at the Lebanese American University.

Said pursued his college studies in the United States. In 1987, he graduated with a B.S. from Oklahoma State University, followed by an M.S. from the University of Wisconsin-Stout in 1989. In 1993, he completed the requirements of his Ph.D. from Virginia Tech.

After graduating from the University of Wisconsin-Stout, for the next five years he served as an assistant professor on the faculty of West Virginia University (WVU). While serving at WVU, he was concurrently pursuing his Ph.D. at Virginia Tech. Upon the completion of his Ph.D., he joined the faculty of Georgia Southern University for two years during which he served as an associate professor. In 1996, he returned to Lebanon to join the faculty of the Lebanese American University. He was tenured after three years of service at LAU, and promoted to full professor in 2003 and served as department Chair till 2013. Currently, he is the Interim Dean of LAU School of Business

As a research oriented person, Dr. Ladki has published 32 scientific research articles in leading international journals of his field. Similarly, he has published numerous articles in the proceedings of the most important international conferences. He has also served on the editorial boards of three journals, and continues to serve as anonymous reviewer for named journals of his field.

Similarly, as an active professional in his field, Dr. Ladki serves on various boards and consults with various firms in Lebanon and the Middle East.