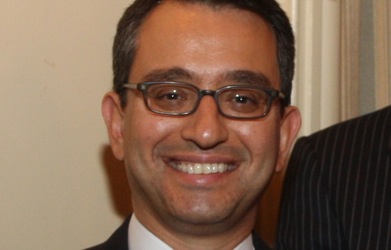 Sadek Wahba is the Chairman and Managing Partner of I Squared Capital, an independent multi-billion-dollar global infrastructure investment company with over 140 professionals based in Miami, Hong Kong, London, New Delhi, New York and Singapore. The company specializes in infrastructure investments with over $14 billion of assets under management in the energy, utilities, transport, telecom and social sectors in the U.S., Europe and select high-growth economies including China, India and Latin America.

He was previously at Morgan Stanley for 14 years where he was the CEO of Morgan Stanley Infrastructure, a global platform for infrastructure investments. Prior to joining Morgan Stanley, Sadek worked on structured financings at Lehman Brothers and as an economist for several years at the World Bank in Washington D.C.

Sadek holds a Ph.D. in economics from Harvard University, a M.Sc. in economics from the London School of Economics (LSE) and a B.A. in economics from the American University in Cairo. He is a published author on economic research, including articles in the Journal of the American Statistical Association, Review of Economics and Statistics as well as other publications and proceedings. One of his publications was recently selected by MIT as one of their 50 most influential papers in the last 50 years. He is a frequent commentator on the need for more investment in infrastructure to promote economic growth and was part of the expert committee on the World Economic Forum's first report on global infrastructure investments.

He is a Senior Member of St. Antony’s College, Oxford University, a trustee of the American University in Cairo and a member of the board of governors of the first Egypt sovereign fund. Sadek was named Global Infrastructure Personality of the Year twice, as well as Global Infrastructure Personality of the Decade, by Private Equity International (PEI).