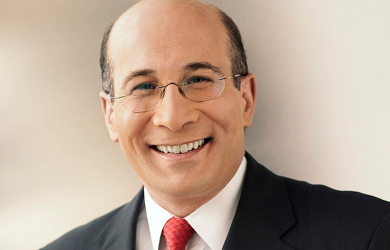 Ron Insana is the President and CEO of Insana Capital Partners ("The Firm").  The Firm is an SEC registered investment adviser with assets under management in excess of $100 million.

Prior to founding the Firm, Mr. Insana was the anchor of CNBC’s Street Signs, wrote monthly columns for a major U.S. newspaper and hosted a nationally syndicated radio program.  Mr. Insana joined CNBC in 1991 as a regular contributor to various television and radio programs produced by CNBC and its affiliates.  Before moving to CNBC, Mr. Insana worked as Managing Editor and Senior Anchor for the Financial News Network, where he began his career in 1984 as a production assistant.

Mr. Insana has written three books about Wall Street.  He graduated with honors from California State University at Northridge.