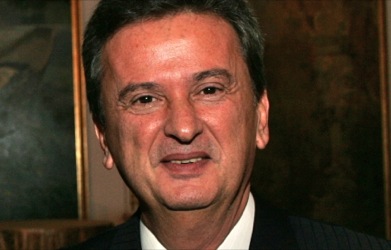 Riad T. Salamé has been the Governor of the Banque du Liban, Lebanon’s Central Bank, since August 1, 1993. He was reappointed three times for a six-year term of office in 1999, 2005 and 2011. Governor Salamé manages all aspects of the Central Bank and is assisted by four vice-governors and the Central Council.

In this capacity, Mr. Salamé is the Governor for Lebanon at the International Monetary Fund (IMF) and the Arab Monetary Fund (AMF). He chairs the Central Council, the Governing Board of the Bank, as well as the Open Market and Investment Committees. Governor Salamé is also the Chairman of the Higher Banking Commission and the Chairman of the Special Investigation Commission fighting money laundering since its establishment in 2001.

Governor Salamé received numerous awards including an Honorary Sash and a Shield Award from the Hariri Canadian University, Lebanon, in May 2011; the Doctorate Honoris Causa in Human Letters by the Lebanese University in May 2010; the Officer of the Legion of Honor bestowed on him by French President Nicolas Sarkozy in December 2009; the Arab Creativity Award in Economics, presented by His Royal Highness Prince Khalid Al Faisal, Chairman of the Arab Thought Foundation; and the Doctorate Honoris Causa conferred upon him by the Lebanese American University of Beirut (LAU) in 2009. The Banker Magazine voted him Central Banker of the Year 2009. On March 2009, he became the first Arab central bank governor honored at New York Stock Exchange by being invited to ring the starting bell.

Governor Salamé attended the Jesuits College of Collège Notre Dame de Jamhour and graduated with a BA degree in Economics from the American University of Beirut.