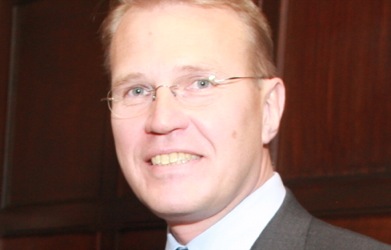 In August 2007, Per E. Larsson was appointed Chief Executive Officer of Borse Dubai.  Borse Dubai is the holding company for Dubai Financial Market (DFM) and Dubai International Financial Exchange (DIFX).  Borse Dubai was created on August 6, 2007 to consolidate the holdings in the Government of Dubai’s two stock exchanges as well as invest in other exchanges, thereby expanding Dubai’s position as a global capital markets hub.

Since July 2006, Per E. Larsson has held the position as Chief Executive of the Dubai International Financial Exchange.  Under Mr. Larsson’s leadership, the DIFX has become the market of markets in the region catering for international listings as well as becoming the largest market for sukuk in the world and the first structured products platform in the region, TRAX.

Before joining DIFX, Mr. Larsson was President and Chief Executive Officer of the Sweden-based OMX (the former OM Group and owner and operator of several Nordic and Baltic exchanges and clearinghouses) from 1996 to 2003.  In his 18-year career at OMX, Mr Larsson served earlier as Chief Operating Officer of the OM Group and as President of OM Stockholm, its derivatives arm.

Mr. Larsson has served as Chairman of OMLX, a Recognized Investment Exchange in the UK which was founded by OMX in 1989.  He has also been a Director of VPC (the Swedish Central Securities Depositary) and a Director of OTOB (the Austrian Options and Futures Exchange).

He led OMX in what the Financial Times described as “the most successful unsuccessful bid ever” for the London Stock Exchange in 2000.  The bid changed the perception of exchanges, so that they were from then on regarded as highly competitive listed and for-profit companies with cross-border capabilities.

Mr. Larsson is a member of the Young Presidents Organization (YPO) and elected Global Leader of Tomorrow at the World Economic Forum in Davos.