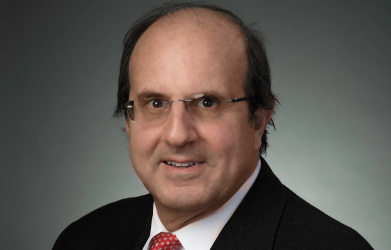 Paul Homsy is one of the leading authorities on the Arabian Gulf, Islamic finance, and the laws and business conditions of this region. He is a partner in the law firm of Eaton & Van Winkle (www.evw.com) and a Senior Advisor for the Middle East at Volaw (www.volaw.com), one of the leading private wealth advisory and trust companies in Jersey, in the Channel Islands. Mr. Homsy has over 35 years of experience in the Middle East and practiced law in Riyadh, Saudi Arabia for 5 years as the founder and managing partner of Sidley & Austin’s former office there. Paul also co-founded ICT Oman, a boutique investment bank with offices in Muscat, Oman.

Mr. Homsy has a B.A. in History from the University of Pennsylvania as well as a J.D. from the Dickinson School of Law. He speaks both Spanish and conversational Arabic. Mr. Homsy has served on the Board of Advisors of the Harvard University Institute for Social and Economic Policy in the Middle East, John F. Kennedy School of Government, where he participated in the Arab Israeli Peace Negotiations, and as Chairman of the Middle East Law Committee of the American Bar Association, International Section.

Mr. Homsy served six years on the Board of Directors of the Arab Bankers Association of North America and also served on its Executive Committee. He is admitted to practice law in the State of New York.

Mr. Homsy has appeared frequently as a Middle East commentator on CNBC Television, Reuters News Service, National Public Radio’s Marketplace program, and Bloomberg Television and has been quoted in a number of leading publications including “Economist”, “The Financial Times”, “The Banker” magazine and “The Journal of Commerce”.

Mr. Homsy’s publications on Middle East law and Islamic finance have appeared in “Business Islamica”, Euromoney, “The International Lawyer”, “The Northwestern Journal of International Law”, and “The International Legal Encyclopedia” of The University of Virginia Law School. He has lectured widely on Middle East topics at such forums as Harvard University, The Wharton School of The University of Pennsylvania, King Saud University, and a number of banking conferences. He co-organized the C3 US Arab Business Summit, which featured former President Bill Clinton as its keynote speaker.