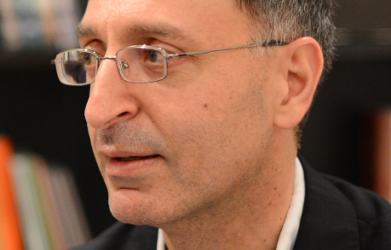 Oussama Rifahi joined the Arab Fund for Arts and Culture as Executive Director in July 2010. Previously, he was Managing Director for Museum Development in New York with Global Cultural Asset Management, and provided cultural consultancy services to governments, cities, foundations and private collectors in Europe, the Middle East and Central Asia. As Director of Special Projects for the Guggenheim Foundation, Rifahi led feasibility studies of modern and contemporary museums in Lithuania and France in 2007. From 2003 to 2006, he was project manager at Mubadala in Abu Dhabi and an advisor to the chairman of Tourism Development and Investment Company - TDIC. Rifahi directed the market analysis, strategy definition and development of the business model for tourism and culture in Abu Dhabi and supported the first architectural developments on the cultural district of Saadiyat Island, as well as the initial negotiations between Abu Dhabi and the Louvre and Guggenheim museums.