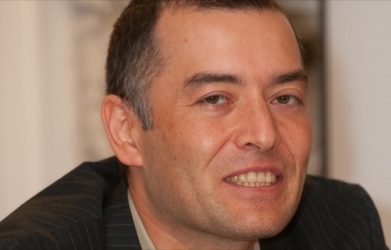 Nathan Lewis is the principal of Kiku Capital Management LLC. He is the author of Gold: the Once and Future Money (2007), now available in French, German, Korean and Chinese. He was an equity portfolio manager with LW Asset Management, with $450m AUM at the time. Previously, he was Chief International Economist at Polyconomics Inc., a third-party institutional research provider, and a Japan/Asia macro analyst. He lived in Asia for five years and is fluent in Japanese. His writing has appeared in the Financial Times, Asian Wall Street Journal, Nikkei Business, Japan Times, Daily Reckoning, Worth, Pravda, Asia Times, Huffington Post, and numerous other publications. His website is www.newworldeconomics.com.

Mr. Lewis was Chief International Economist and later Global Strategist for firms providing investment research to institutions. Today, he is involved in asset management. He previously worked in financial journalism in Toyko. His writing has been published in the Financial Times, Asian Wall Street Journal, Dow Jones Newswires, Japan Times, Daily Yomiuri, Nikkei Business, Pravda, and other publications. He has also written for academic publications, and has appeared on television in Asia and the Middle East.