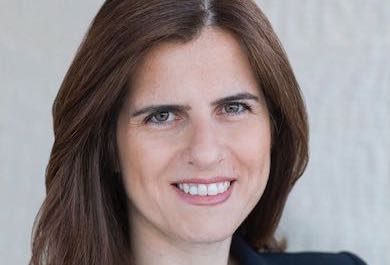 deNovo Corporate Advisors under May’s leadership has over the past 10 years established its reputation and track record as the pre-eminent independent, regionally- headquartered boutique advisory firm. deNovo has successfully executed numerous sellsides, buysides, stake sales, restructurings, valuations, fundings, capital structure and strategic reviews on behalf of its continuously growing client base. May and deNovo’s advice is consistently sought by the region’s leading family groups, corporates and sovereign wealth funds as well as global firms seeking regional acquisitions. deNovo entered a Strategic Alliance to enhance global coverage with PJT Partners in 2020, and with Bank Itau in 2019.

Prior to founding deNovo, May spent over 15 years at Morgan Stanley in numerous Investment Banking roles and geographies including New York, Hong Kong, London and Dubai. Most recently, she was Head of Investment Banking for the Middle East and North Africa region, where she established, led and grew Morgan Stanley’s first-ever on-the-ground investment banking presence in the Middle East, based in the DIFC, Dubai.

May worked briefly at McKinsey & Company in New York, and after receiving her Masters Degree, May joined Morgan Stanley in the Mergers, Acquisitions and Restructuring Group in New York. May’s career at Morgan Stanley then led her to the Global Infrastructure and Project Finance Group followed by the High- Yield Capital Markets Group, focusing on Asian corporate and sovereign high-yield bond issuances where she spent a significant amount of time in Asia based in Hong Kong. Following the Asia crisis of 1997, May relocated to New York where she worked on a number of large leveraged buyouts for US companies and private equity funds. In 2000, May moved to London where she became responsible for European corporate leveraged and acquisition financings for telecom, media and industrial companies and, following the dotcom crash, worked on restructuring the debt of a number of these corporates. In 2003, May set up and led the Liability Management Group for Europe and MENA, where she was instrumental in establishing Morgan Stanley’s presence and dominance in sovereign and corporate debt optimization and restructurings. May also led the efforts to initiate Morgan Stanley’s Islamic finance presence. In 2005, May was named Morgan Stanley’s Head of Investment Banking for the MENA region, and relocated to Dubai to set up the Investment Banking business for Morgan Stanley, a position she held until retiring from the firm in late 2009.

May graduated from the Massachusetts Institute of Technology (“MIT”) with Dual Degrees: a Bachelor of Science in Economics and a Bachelor of Science in Political Science. May further received her Masters in Management and Finance from MIT’s Sloan School of Management. May was a Member of MIT’s Sigma Xi Honor Society and received numerous awards and recognitions for various competitions, initiatives and volunteer work during her years at MIT, including being the Research Assistant to Economic Nobel Prize Laureate Professor Franco Modigliani.

May speaks fluent Arabic, English and conversational French. She is married and is the mother of four boys.