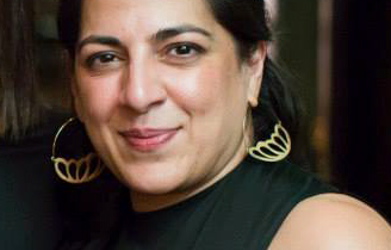 Mahnaz Fancy is the Executive Director of ArteEast, a leading New York-based international arts organization dedicated to supporting and promoting contemporary artistic production from the Middle East and North Africa as well as their diaspora. With over fifteen years of experience in working closely with local, domestic and international institutions and international philanthropists, as well as collectors and art patrons in the U.S., Europe, Middle East, and South Asia, she has launched several high-visibility and innovative not-for- profit cultural initiatives. Positions she has held during the course of her career as leader of organizations dedicated to emerging contemporary arts from South Asia and the Middle East as well as classical Islamic art include Acting Executive Director of the American Pakistan Foundation, Director of Development of the Alliance of Civilizations Media Fund, Executive Director of Arts of the Islamic World, and Executive Director of IndoCenter of Art & Culture. Her work builds on a early career as a scholar of Comparative Literature and is led by her belief that artists and their work play a crucial role in today's interconnected world. Over the course of her career, Mahnaz has produced and curated public programs, festivals, and exhibitions on film, music and the visual arts, and also spoken and written extensively.