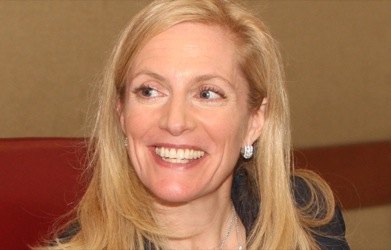 Under Secretary for International Affairs
US Department of Treasury

Lael Brainard serves as the U.S. Department of the Treasury's Under Secretary for International Affairs, a position for which she was confirmed by the United States Senate. Brainard advances the Administration's agenda of strengthening U.S. leadership in the global economy to foster growth, create economic opportunities for Americans and address transnational economic challenges, including development, climate change, food security and financial inclusion.

She served as the Deputy National Economic Adviser and Deputy Assistant to the President on International Economics during the Clinton Administration, addressing challenges such as the Asian financial crisis and China's access to the World Trade Organization. She also served as the U.S. Sherpa to the G-8.

Most recently, Brainard was Vice President and Founding Director of the Global Economy and Development Program at the Brookings Institution, where she held the Bernard L. Schwartz Chair in International Economics and directed the Brookings Initiative on Competitiveness.

Previously, Brainard was an Associate Professor of Applied Economics at The Massachusetts Institute of Technology (MIT) Sloan School of Management. Brainard also worked at McKinsey & Co. and separately on microfinance in West Africa.

Brainard received masters and doctoral degrees in Economics from Harvard University, where she was a National Science Foundation Fellow. She graduated with highest honors from Wesleyan University. She is also the recipient of a White House Fellowship and a Council on Foreign Relations International Affairs Fellowship.