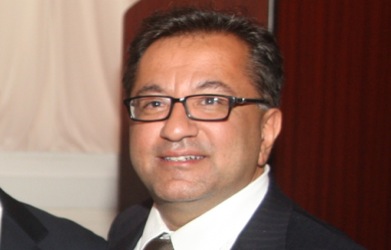 Mr. Karim Shariff is the founding principal of Majlis Investment Management, a newly established innovative, independent investment management firm with a deliberate focus on providing multi-strategy, multi-asset class investment to substantial public and private clients across the Middle East, Africa, and Asia. Majlis in Arabic means gathering or assembly and the firm’s goal is to assemble a number of like-minded regional customers—with similar investment goals, liability and liquidity concerns, wealth preservation goals, and investment horizons—so as to provide a sophisticated, full-service, cost effective specialist investment platform. Mr. Shariff is primarily responsible for establishing the firm’s proposition, executing the strategic vision, and developing and administering the firm, including regulatory requirements and global partnership arrangements. The firm’s objective is to integrate traditional asset management with alternative investments, incorporating the unique risks and returns of alternatives through an innovative and consultative asset allocation framework that is based on risk allocation and a specialist model of identifying and developing ‘emerging managers’. Few firms in the region have articulated a distinct target-client segment and identified evolving regionally-centric investment management needs.

From 1992 until 2000, Mr. Shariff was an investment banker with Lehman Brothers, lastly as a Senior Vice President in the firm’s global M&A practice with a focus on cross­border ‘emerging markets’ infrastructure. Mr. Shariff was active in advising the firm’s power sector clients through the deregulation of the energy marketplace globally, involved in a full range of strategic advisory and underwriting transactions including mergers and acquisitions, equity, convertibles, preferred stock, investment grade and high yield debt, project finance, and corporate restructuring. Mr. Shariff was involved in the capital raising and M&A exercises for a number of Lehman’s emerging markets power sector and infrastructure clients. In 1999, most notably, Mr. Shariff led the global sale process, in the midst of Brazil’s currency crisis, advising the State government of Sao Paulo in the $1 billion sale of Comgas, Brazil’s largest natural gas distribution company to a consortium of Royal Dutch/Shell Group and British Gas. Mr. Shariff was transferred to Hong Kong from 1994 through 1996, where he was a member of the firm’s build-out of its Asian investment banking effort, with a principal focus on Indian capital markets transactions.

In 2005, Mr. Shariff established the Saffron Scholarship Fund, a permanently endowed scholarship fund at Amherst College—whose aim is to improve the access, depth, breadth, and quality of education afforded to Indian students while encouraging them at the outset to return with that newfound knowledge to India.

Mr. Shariff is a ‘transnational’: born in Dar Es Salaam, Tanzania; raised in Hong Kong and Canada, and schooled in the United States, of which he is a citizen. His diverse background has allowed him to develop a global network that enhances both his adaptability and his commitment to make a difference. In November, 2008, Mr. Shariff was held captive for 44 hours at the Oberoi in Mumbai, India during that city’s terrorist attacks; he was miraculously and daringly rescued by Indian paramilitary troops. His experiences made him embrace Ralph Waldo Emerson’s words: “When a man is pushed, tormented, defeated, he has a chance to learn something.” Mr. Shariff is married to Farahnaz Karim, with two children, a daughter—Asha Angelina—and a son—Kayal Enzo. The family resides between Dubai and New York City.