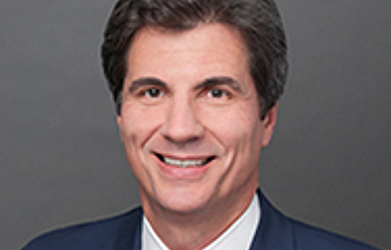 Jose W. Fernandez is a partner in the New York office of Gibson, Dunn & Crutcher and Co-Chair of Gibson Dunn’s Latin America Practice Group. His practice focuses on mergers and acquisitions and finance in emerging markets in Latin America, the Middle East, Africa and Asia.

Nominated by President Obama and unanimously confirmed by the Senate, Mr. Fernandez was sworn in as Assistant Secretary of State for Economic, Energy and Business Affairs on December 1, 2009. During his nearly four-year tenure, he led the Bureau that is responsible for overseeing work on international trade and investment policy; international finance, development and debt policy; economic sanctions and combating terrorist financing; international energy security policy; international telecommunications and transportation policies; and support for U.S. businesses and the private sector overseas. His work focused on development as a business opportunity for U.S. companies and a strategic imperative for the United States, mostly in the areas of infrastructure, trade and investment, entrepreneurship, and agriculture. He spearheaded the State Department’s “Economic Statecraft” initiative to promote foreign investment into the United States and support U.S. companies overseas, co-led the interagency team that prepared the Model Bilateral Investment Treaty used by the United States today, worked with American businesses to promote responsible business conduct in Myanmar, Bangladesh and the diamond industry through the Kimberly Process, and led the U.S. government’s economic dialogues with Turkey, the UAE, Brazil and several other nations. He was the State Department’s principal representative in the Committee on Foreign Investment in the United States (CFIUS) and was also a key figure in devising and implementing U.S. sanctions policy around the world.

Prior to joining the State Department, Mr. Fernandez practiced law for over 25 years, concentrating in emerging markets. His practice focused on Latin America, Europe and Africa, advising clients on international mergers and acquisitions, financings, trade and other matters as the economies of these regions evolved. He had substantial experience in the telecommunications, energy, water, banking and beverage industries.

Mr. Fernandez was named one of the “World’s Leading Lawyers” by Chambers Global for his M&A and corporate work, an “Expert” in International Financial Law Review’s “Guide to the World’s Leading Project Finance Lawyers,” and one of the “World’s Leading Privatization Lawyers” by Euromoney Publications. He was recognized as a leading Corporate Finance attorney in the Latin America market in the Chambers Global 2008 legal guide and a leading Latin America attorney in the Chambers U.S. 2008 legal guide. He was featured by Hispanic Business Magazine in its “100 Influentials List” for 2006 and 2007.

A lifelong supporter of education, the arts and commercial engagement, prior to his appointment at the State Department Mr. Fernandez served on the Board of Trustees of Dartmouth College and on the Board of Directors of Accion International and the Council of the Americas. He has been chair both of the American Bar Association’s Inter-American Law Committee and the Committee on Inter-American Affairs of the Association of the Bar of the City of New York, and co-chair of the Cross Border M&A and Joint Venture Committee of the New York State Bar Association. He also headed the Latin American and Caribbean division of the ABA’s Rule of Law Initiative. He has also served on the boards of NPR-station WBGO-FM, Ballet Hispanico of New York and the Middle East Institute. He was a founder of TeatroStageFest, a 2-week Latino theatre festival in New York City, and was appointed a Commissioner of New York’s Latin Media and Entertainment Commission. Mr. Fernandez is a member of the Council of Foreign Relations.

Mr. Fernandez’s articles have appeared in Foreign Affairs, The Wall Street Journal, The Miami Herald, The Huffington Post, Americas Quarterly and many other legal and policy publications. He has been featured in various TV, radio and print media organizations in the U.S. and abroad.