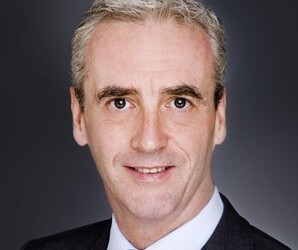 Mr. Holmes' executive search career spans over 26 years and six countries, where he has undertaken general management searches across a range of geographies and industries including: industrial, consumer and healthcare. Prior to his current position (from 2011) he was the Office Managing Director for Korn Ferry's Seoul office for 10 years.

Previously, Mr. Holmes was a consultant with Carre, Orban & Partners which merged with Korn Ferry in 1993 where he initially focused on the consumer goods and healthcare sectors. After the merger, he broadened his practice to cover transnational search work across a range of industries in Northern Europe. Mr. Holmes has served as a resident consultant in India, Russia, Singapore and South Korea, where he was responsible for growing the Firm's business.

During his four years as the Country Manager in Russia, Mr. Holmes successfully made Korn Ferry the
leading executive search firm in the Russian market, while personally undertaking assignments throughout Russia and the Commonwealth of Independent States, principally in the Ukraine and Kazakhstan.

Subsequently, he managed the Firm's offices in Mumbai and New Delhi for three years as Country Head of India. After that, he led the ASEAN healthcare practice from Singapore before moving to Seoul. A British citizen, Mr. Holmes holds a bachelor's degree of science (with honours) in Geology.