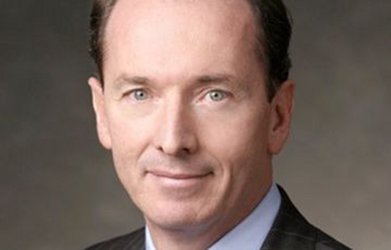 Before joining Morgan Stanley, Mr. Gorman held a succession of executive positions at Merrill Lynch. From 2001 to 2005 he led the company’s US and, subsequently, global private client businesses. He joined Merrill Lynch in 1999 as Chief Marketing Officer, and also served as head of Strategy and Research.

Prior to Merrill Lynch, Mr. Gorman was a senior partner of McKinsey & Co., where he was a member of the firm’s financial services practice. Earlier in his career, Mr. Gorman was an attorney in Melbourne, Australia.

Among his civic activities, Mr. Gorman serves on the Federal Advisory Council to the U.S. Federal Reserve Board, the Board of Overseers of the Columbia Business School, the Monetary Authority of Singapore International Advisory Panel, the Financial Services Forum, and the boards of the Partnership for New York City and Institute of International Finance. He formerly co-chaired the Business Committee of the Metropolitan Museum of Art and served on the board and as Chairman (2006) of the Securities Industry and Financial Markets Association in Washington, D.C.

Born in Australia, Mr. Gorman earned a B.A. and law degree from the University of Melbourne and an M.B.A. from Columbia University.