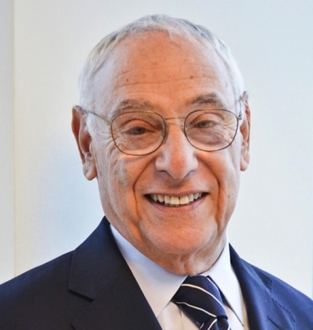 James A. Harmon is Chairman and CEO of Caravel Management LLC, the investment manager of the Caravel Fund (International) Ltd., an emerging and frontier markets fund that was launched in 2004. In 2004, Mr. Harmon was elected Chairman of the Board of the World Resources Institute (WRI), a global policy and research institution. Mr. Harmon is the Chairman of the Egyptian American Enterprise Fund, a private corporation seeded by U.S. Government funds to promote the development if the Egyptian private sector with a particular focus on small-and medium-sized enterprises (SME’s).

Mr. Harmon served as the Chairman, President and CEO of the Export-Import Bank of the United States from June 1997 to June 2001. Ex-Im Bank assists in financing the export of US goods and services to international markets.

Prior to Ex-Im Bank Mr. Harmon was Chairman and CEO of the investment bank Schroder Wertheim & Co.

Mr. Harmon was the US Representative on the High-Level Panel (HLP) for Infrastructure Investment 2011, a panel appointed by the Finance Ministers and Central Bank Governors of the G20.

Mr. Harmon is a member of the Council on Foreign Relations and a Trustee Emeritus of Brown University and Barnard College.

Mr. Harmon received a B.A. in English Literature from Brown University and an MBA in Finance from Wharton Graduate School, University of Pennsylvania.