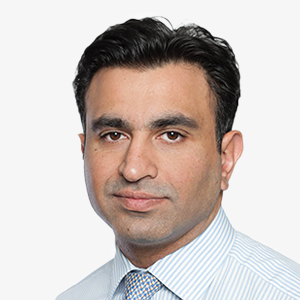 Jahangir Aka, Managing Director, joined the firm in January 2015 and is based in Dubai, United Arab Emirates. Jahangir is Head of the Client Group and responsible for managing and developing Neuberger Berman’s business in the Middle East and Africa. Prior to joining Neuberger Berman, Jahangir was with SEI for 9 years, initially covering the UK and later established SEI’s presence in the Middle East.

Earlier in his career, he spent nine years at Standard Chartered Bank, having worked in roles across Europe, Asia, and the Middle East. Formerly he was Head of Product, Sales, and Marketing for International and Private Banking based in London. Jahangir graduated from King’s College London with a BSc in Mathematics and Management.