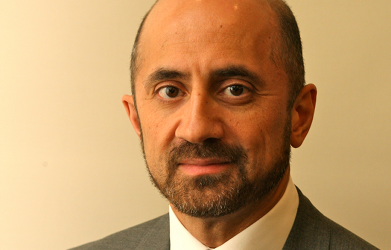 Hussein Khalifa has been a Partner at MVision Private Equity Advisers since its foundation in 2001.

With offices in New York, London and the Asia Pacific region, MVision is recognized as the leading independent global private equity advisory and placement firm. Over the last three years, MVision has raised 35 funds and closed on over $45 billion. At MVision, Mr. Khalifa is responsible for client mandates and business origination.  He has deep relations in the US investor community among public pension plans and endowments, and maintains a wide network of sovereign wealth funds in the Far and Middle East.

Mr. Khalifa was previously a founding director and the chief executive of Archstone Capital, a UK corporate finance advisory boutique, where he supervised a private equity portfolio encompassing over 40 General Partners and twenty direct investments. Prior to that, he worked in a number of positions in Europe, the Middle East and Latin America in both alternatives investing and operations.

Mr. Khalifa is a graduate of Middlebury College, Vermont, where he obtained a B.A with honors in international economics and politics and Chinese, and attended the London Business School and Peking University, Beijing, China. He is fluent in English, French, Arabic, Chinese and Spanish as well as conversational Italian and Malay. He is a frequent speaker at private equity industry events and has been a member of ABANA since 2005.