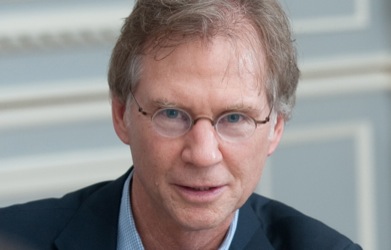 Harry Alverson is a Managing Director of The Carlyle Group based in Washington, DC. Mr. Alverson joined Carlyle in 1996 and is responsible for fundraising, investor relations and the development of new private equity funds for Carlyle, with a particular focus on Europe and the Middle East.

Prior to joining Carlyle, Mr. Alverson was based in New York and responsible for coordinating Corporate Finance Services to ultra high net worth clients of the Global Asset Management Group of the Chase Manhattan Bank. Prior to joining Chase, he spent much of his career with Bankers Trust Company, where he was responsible for Middle East Corporate Finance and helped start the Energy Merchant Bank at Bankers Trust. While at Bankers, Mr. Alverson lived in Bahrain for four and a half years, from 1979 to 1984. During that period, he traveled frequently to Saudi Arabia, Kuwait, Doha and UAE. While in Bahrain, he was an active member of the Bahrain Bankers Association. Mr. Alverson left Bahrain in 1984 to manage Bankers Trust's Middle East business from London, where he was resident for eleven years. He has traveled extensively throughout the Middle East during his entire career and continues to visit the region six times a year with The Carlyle Group. Mr. Alverson is a graduate of Skidmore College and received his MBA from the Wharton Graduate School of the University of Pennsylvania.