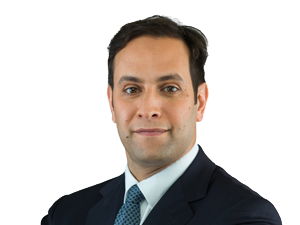 Hani Barhoush joined Mubadala in 2004 and is the head of Mubadala Capital as well as an Executive Director.During his tenure at Mubadala, Mr. Barhoush held a number of senior roles within the organization including leading the Mubadala Capital business since its founding in 2011. Hani is also a member of the Mubadala Investment Committee.

Prior to joining Mubadala, Mr. Barhoush was an investment banker with Merrill Lynch Pierce Fenner & Smith in New York.