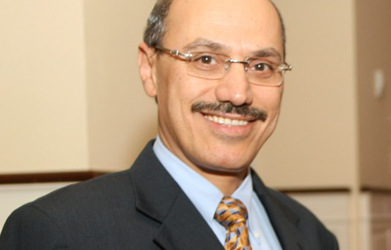 Highly praised as one of the most experienced and talented central bankers in the Gulf, Dr. Al-Jasser was named the first chairman of the Gulf Monetary Council in March 2010. The council, a precursor to a planned Gulf central bank, will work on the regulatory framework of the Gulf central bank and push for greater coordination of monetary and foreign exchange policies to pave the way for the launch of a single currency.

Dr. Al-Jasser became Governor of the Saudi Arabian Monetary Agency (SAMA), the central bank of Saudi Arabia, on February 28, 2009, after almost 15 years as Vice Governor and Vice Chairman of the Board of SAMA, which he joined 1995. After joining SAMA, he helped devise the central bank’s reaction to that decade’s oil price rally, an onslaught of currency speculation in 2007 and, most recently, its reaction to an oil price slump and credit crisis.

He began his career in 1981 as Head of the Financial and Economic Analysis Unit in the Budget Department of Saudi Arabia’s Ministry of Finance and National Economy, and was appointed Acting Deputy Minister of Finance and National Economy for Budget and Organization in 1995. While at the ministry, he supervised the operations of the World Bank Mission in the Kingdom of Saudi Arabia from 1981 to 1983 and 1986 to 1988 and participated in many intra and inter-ministerial committees.

Dr. Al-Jasser joined the International Monetary Fund (IMF) as Economic Advisor to the Executive Director for Saudi Arabia in 1988, was promoted as Alternative Executive Director in 1989, and was selected to become Executive Director at the IMF in 1990, a post he held until 1995. During his stay at the IMF, he participated in the annual World Bank / IMF meetings as well as conferences and symposia on economic issues. He prepared a large number of research papers and studies on fiscal and monetary policies. He also took part in several permanent committees formed by the Executive Board of the IMF, namely, the Budget Committee, Committee on relations between the IMF and the World Trade Organization (WTO), Committee on Administrative Policies, Committee on Admission to Membership of the countries of the former Soviet Union, Committee of Eritrea’s membership, among others.

Dr. Al-Jasser was honored with the King Abdulaziz Medal of the First Order for his services to the Kingdom of Saudi Arabia. He has been and is still involved as chairman and member of the board / council in various organizations and projects, including the: Arab Investment Company; Saudi Arabian Negotiation Team on the accession of Saudi Arabia to the WTO in 2005, Saudi Arabian Mining Co. (MA’ADEN), “Technical Saudi Negotiating Team” for negotiations with the international oil companies, Saudi Public Pension Agency; Committee of external experts to conduct a Review of the Quota Formulas of the IMF (QFRG); Saudi Telecom Co.; Fund for Supporting Research and Educational Programs at King Fahd University of Petroleum and Minerals; Eisenhower Fellowships Nominating Committee for Saudi Arabia; Saudi Arabian Mining Co.; Centennial Fund; Saudi Arabian Airlines; Consultative Council of Islamic Corporation for the Development of the Private Sector; and Higher Committee of King Saud University Endowment.