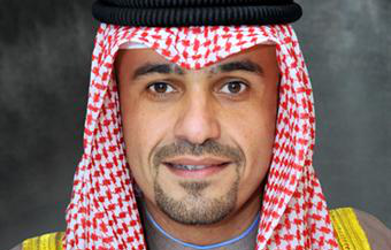 Mr. A Al-Saleh has extensive experience in the financial sector. He was the Chairman of the Board of Kuwait Clearing Company prior to being appointed Minster. He was also a member of the Board of Directors of Kuwait Chamber of Commerce and Industry. Mr. Al-Saleh was a member of the Kuwait Stock Exchange Committee for 3 years. In addition to that, he served on the boards of many financial and investment companies.

He graduated from the Portland State University, Oregon - USA with a degree in Finance.