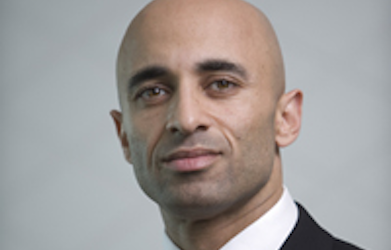 His Excellency Yousef Al Otaiba, Ambassador of the United Arab Emirates to the United States of America, took up his Washington-based post in July 2008.
In this role, Ambassador Al Otaiba enhanced UAE-US relations and improved bilateral security and economic cooperation. In addition to leading efforts that increased military, intelligence and counterterrorism cooperation between the two countries, he also played a critical role to facilitate the landmark US-UAE Agreement for Peaceful Civilian Nuclear Energy Cooperation (123 Agreement), which came into force in 2009.
He also worked closely with his counterparts in government and with business leaders to promote greater UAE and US economic and trade ties. Since becoming Ambassador, bilateral trade increased over 70 percent, solidifying the UAE’s position as the US’ largest trading partner in the Middle East and North Africa. UAE investments in the US expanded, and prominent US healthcare, education and cultural institutions, such as Cleveland Clinic, New York University and the Guggenheim, established new UAE branches. In addition, the UAE and US governments established a formal Economic Policy Dialogue and cooperated on ways to streamline travel for Emirati nationals between the two countries.
Ambassador Al Otaiba has also led the UAE’s significant commitment to philanthropic activities in the US. The program is predicated on recognizing and advancing the strong friendship between the UAE and the United States.  As such, he facilitated a transformational gift from the Government of Abu Dhabi to launch the Sheikh Zayed Institute for Pediatric Surgical Innovation at Children’s National Medical Center in Washington, DC, and personally assists Children’s with its fundraising efforts. Through innovative community partnerships, the UAE Embassy has already constructed five soccer fields around the US to benefit kids in underserved communities. The program will expand further in the coming years.
Under the Ambassador’s leadership, the UAE Embassy also provided assistance to aid in the reconstruction and recovery of US communities following natural disasters, including providing significant aid to the states of New Jersey and New York following Hurricane Sandy in 2012, and helping Joplin, Missouri recover after one of the largest tornados ever recorded in US history devastated the town.
Previously, Ambassador Al Otaiba served for eight years as the Director of International Affairs for the Crown Prince of Abu Dhabi, and Deputy Supreme Commander of the UAE Armed Forces, His Highness General Sheikh Mohamed bin Zayed Al Nahyan. The focus of his portfolio during this time was the strengthening of the UAE’s security and economic relations throughout the Middle East region, with the US and other nations. He served as one of the UAE’s principal security, anti-terrorism and defense liaisons to other governments, and was heavily involved in diplomatic efforts to improve regional security and defense cooperation. These efforts included working to enhance UAE enforcement of export control laws and policies, and the coordination of counter-proliferation activities with allies.
Ambassador Al Otaiba obtained a degree in international relations from Georgetown University in Washington, DC, after graduating from the Cairo American College.  He also attended the Industrial College of the US Armed Forces at the National Defense University in Washington, DC as an International Fellow.
He and his wife Abeer have two children.