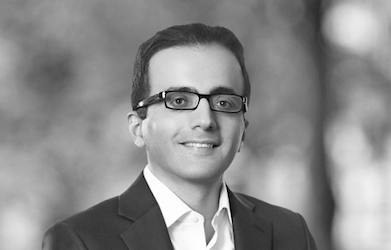 Ray Azar is a partner in White & Case's Energy, Infrastructure and Project Finance Group. Ray’s practice focuses on international corporate and commercial transactions, including asset-based structured financings and related capital markets transactions in the oil and gas, petrochemical and power sectors. He regularly advises on multibillion-dollar matters in the Middle East or involving Middle Eastern entities including Saudi Aramco, and the Abu Dhabi Water and Electricity Authority.

Prior to joining White & Case, Dr. Azar worked as a consultant with the World Bank and the International Finance Corporation on various development and regulatory projects. Ray received an SJD from Harvard Law School, an MA in Economics from New York University, an LLM focusing on Securities and Financial Regulations from the Georgetown University Law Center, a DEA in International Economic Law from the Université de Paris I Pantheon Sorbonne, an LLB from the Université Saint-Joseph de Beyrouth in Lebanon and his BA in Economics from American University of Beirut in Lebanon.