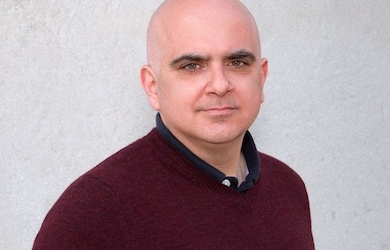 Christopher M. Schroeder is a Washington, D.C. and New York City based entrepreneur and venture investor. He is currently an active investor in and advisor to top US venture capital funds and over a dozen consumer-facing social/media startups.

He co-founded HealthCentral.com, one of the nation's largest social and content platforms in health and wellness, backed by Sequoia Capital, Polaris Ventures, The Carlyle Group, Allen & Company and IAC Corporation. The company was sold to the health media publisher, Remedy Health, in January 2012 where Schroeder remains a board advisor. Previously, he was CEO of washingtonpost.newsweek interactive and LegiSlate.com, the b2b interactive platform on US and state legislation and regulation which he sold in 2000. He has had a career in finance and served in President George H. W. Bush's White House and Department of State on the staffs of James A. Baker, III and Robert B. Zoellick.

Schroeder was invited to speak and mentor at the Celebration of Entrepreneurship in Dubai in 2010, one of the first major gathering of tech startups in the Middle East, and it began his journey which became Startup Rising. Over thirteen subsequent trips to the region, interviewing over 150 entrepreneurs, investors and global tech leaders, he wrote extensively about startups and technology in emerging growth markets for The Washington Post, Wall Street Journal, Fortune, AllThingsD, TechCrunch, Pando Daily, Harvard Business Review and Business Insider, among other publications.

He speaks regularly around the globe, and sits on the board of advisors of The American University of Cairo School of Business, the Jordanian incubator Oasis500, the Middle East online entrepreneur information platform and network wamda.com. He is also on the Board of Directors of the American Council on Germany, The Dean's Board of the American University School of International Service, and member of the French American Foundation and Council on Foreign Relations. He has been named one of LinkedIn top 50 Influencers.