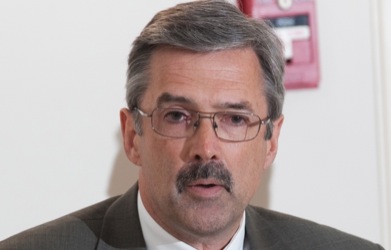 Bill Corcoran has been the President and CEO of ANERA since January 2007. Previously, he had been a Vice President of ChildFund International, serving children and their families in 32 countries. During the 1990s, Mr. Corcoran directed the Pontifical Mission for Palestine based in Jordan with projects there and in Iraq. He has also worked on various projects in Lebanon and Syria. Mr. Corcoran began his career in the for-profit world, with procurement & marketing management posts in major US corporations. He is a BA graduate of George Washington University, with a Masters in Theology from Mt. St. Mary's University in Maryland and a Masters in Law from the University of Ottawa. Mr. Corcoran also earned a certificate in Islamic Studies from the University of Birmingham, UK.