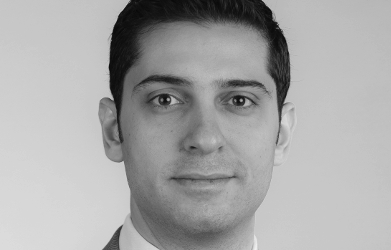 Prior to joining Eurasia Group, Ayham worked with investment firms in Syria and the Gulf countries where he managed strategic relations with companies from the GCC and Europe. In the Middle East, he provided consulting advice to key executive of regional corporates on pathways to strategic partnerships and restructuring of decision-making processes. He has experience in finance, valuations, business development, and project management. Ayham has also conducted research on geo-strategic issues, foreign aid, democratization, and business operations in emerging markets for the US Senate, the National Democratic Institute, and the Center for International Private Enterprise. Ayham appears regularly on CNBC, BBC, Al Jazeera, and Bloomberg to discuss geopolitics in the Middle East, investment environment, and leadership transitions.

Ayham holds an MA in Foreign Service from Georgetown University which he earned as a Fulbright scholar. He also holds BS degrees in Business Administration and International Relations from the Lebanese American University. He is fluent in Arabic.