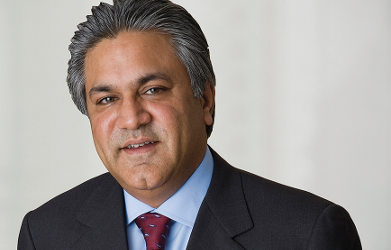 Arif Naqvi established The Abraaj Group in 2002 and has served as its Group Chief Executive since inception, building it into one of the leading private equity firms in the world. Abraaj is widely recognized as a pioneer of global growth markets private equity with over 20 country offices including 5 regional hubs in Dubai, Istanbul, Mexico City, Nairobi and Singapore. Mr. Naqvi has over three decades of experience of investing in public and private companies and has led the Group’s investment strategy, resulting in some of the most notable private equity transactions across global growth markets over the last decade.

Mr. Naqvi is a Trustee of the Interpol Foundation and is on the Board of the United Nations Global Compact. He is also a Columbia Global Leadership Council member and is an Honorary Fellow of the Royal College of Art in London.

Mr. Naqvi has been the recipient of numerous awards, including the Oslo Business for Peace Award, the highest form of recognition given to individual private sector leaders for fostering peace and stability through business, and the Sitara-i-Imtiaz, a prominent civilian honor awarded by the Government of Pakistan. In 2011, Private Equity International named him as one of the 50 most influential people in the global private equity industry.

In 2008, Mr. Naqvi and his family established the Aman Foundation, the largest private social sector enterprise in Pakistan, which supports sustainable development in healthcare, nutrition and education.

Mr. Naqvi is a graduate of the London School of Economics and Political Science.