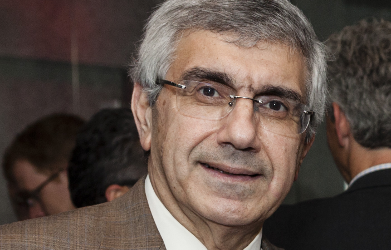 During his fourteen-year association with the Bank, he worked in Beirut, Abu Dhabi, Sydney and New York.

Mr. Baconi is a co-chair of the International Advisory Council of the Bankers Association of Finance & Trade and a member of the Board of Trustees of the Institute of International Bankers. He is a founding member and a former board member of the ABANA and the ABANA Foundation. He also served as Chairman of ABANA from 1990 to 1992.

Mr. Baconi earned his BA/BBA degrees from Haigazian College, Beirut and attended graduate school at the American University of Beirut. He also attended the Advanced Management Program at Oxford University.